Product designer (UX/UI) for a standalone Traffic Alert application and the SDK version by greenowlmobile.com
Collaborated with a visual designer and developers on the UI implementation of the application based on the new iOS7 standards. The unique aspects of this application is a touch-free driving experience initiated by voice and social sharing. 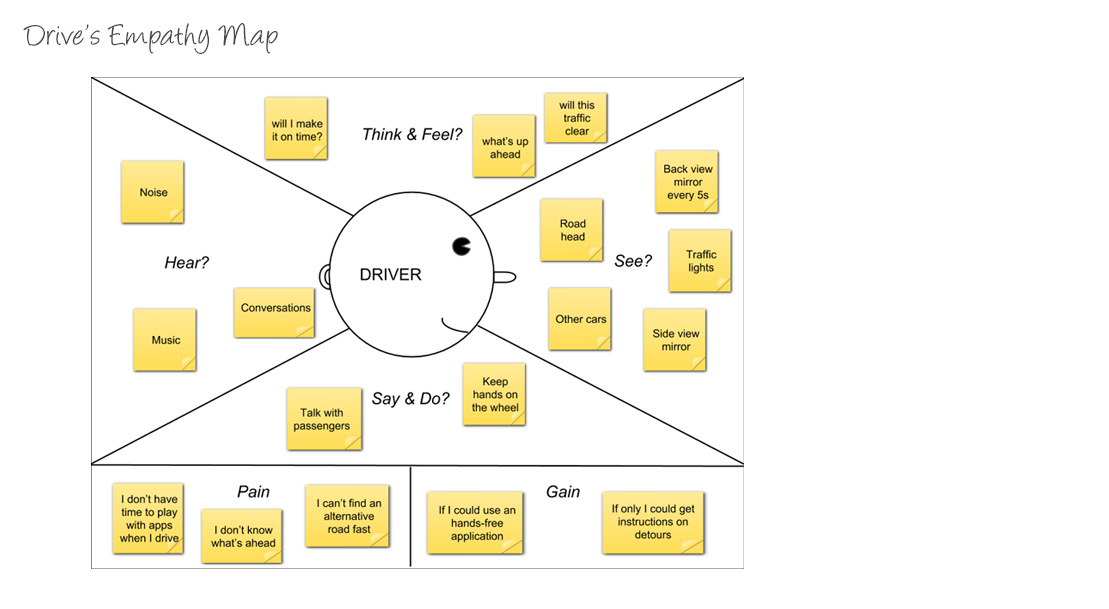 The challenge with a plug and play SDK type of application is not only that it’s easy to integrate with other applications, but it’s simple to use and learn from existing users. We set out to make this a hands-free app, and included voice-over commands in user stories. Drivers will be able to concentrate on the drive instead of interacting with the app and still get ways to get out of the traffic. We also made it easy to share traffic info with other users of the app making a social aspect of the app fun to do. 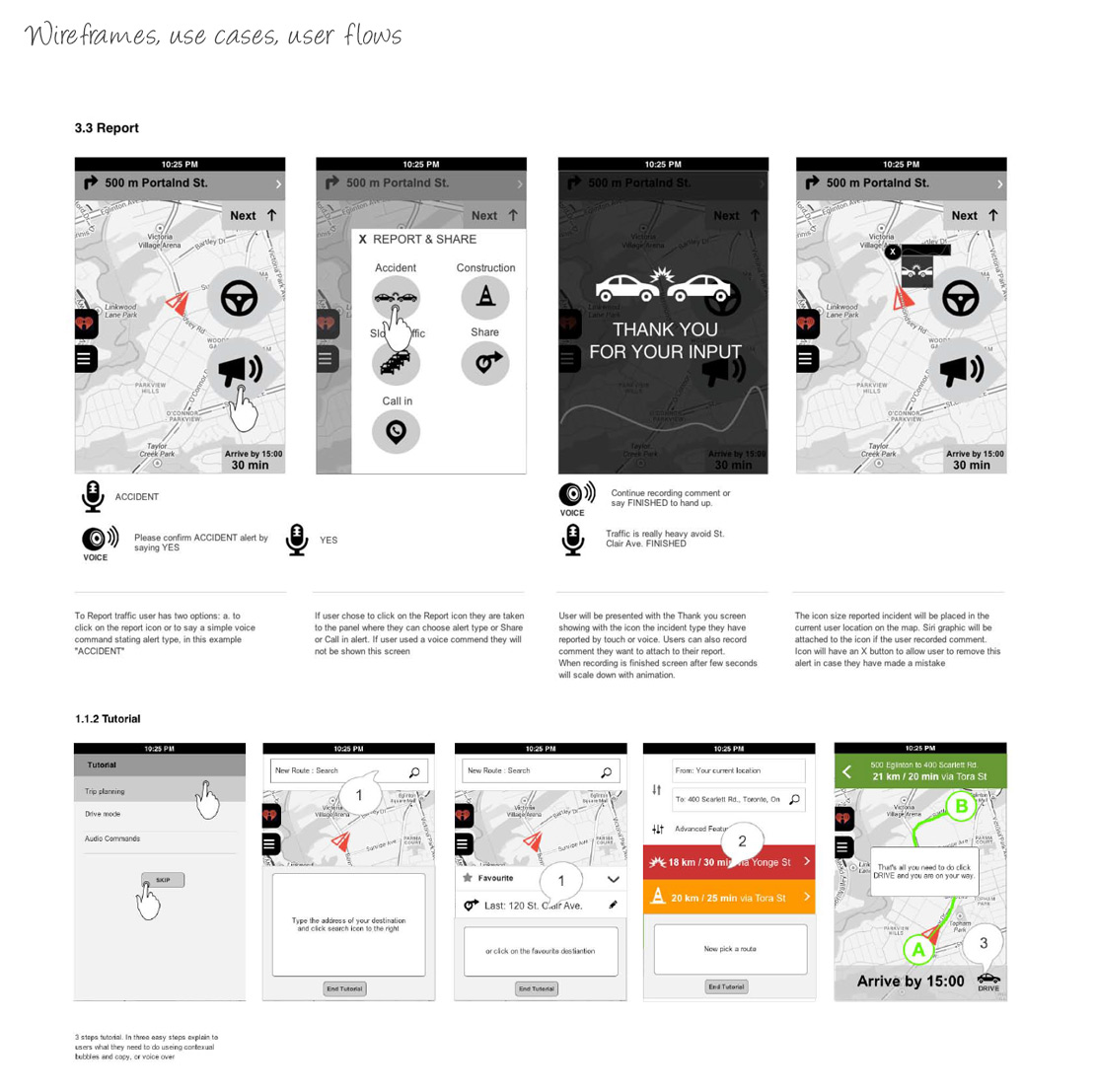 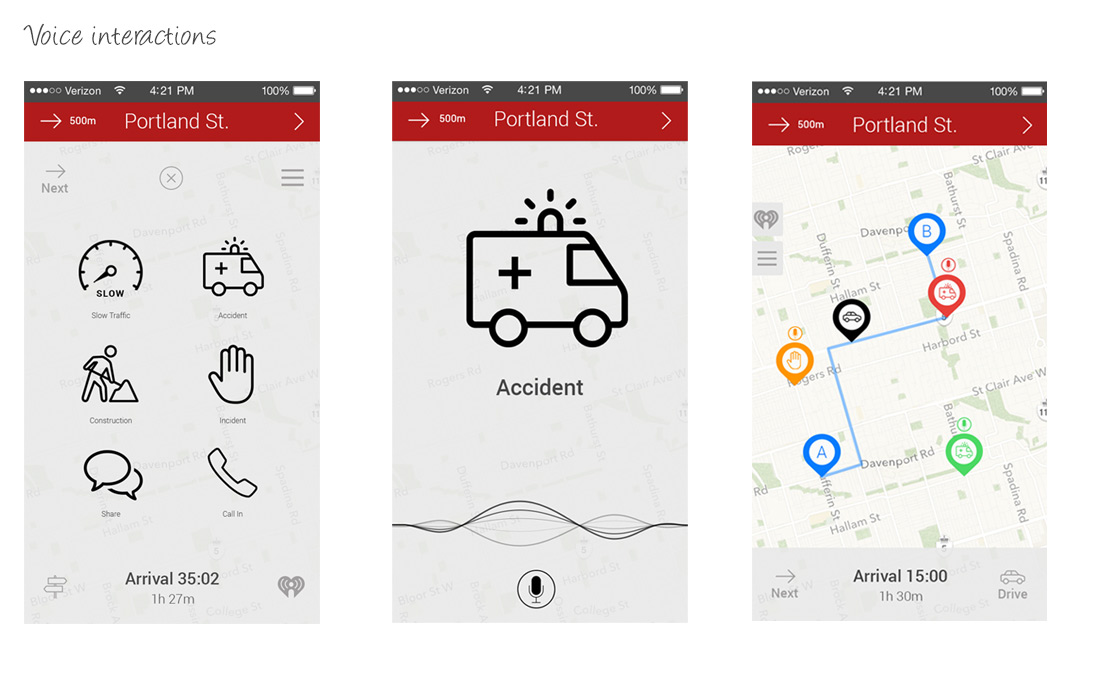 A voice interaction using Siri allows a user to say a simple command like “Accident” and the application will place their GPS location on the map and alert other users of the app about an upcoming accident. 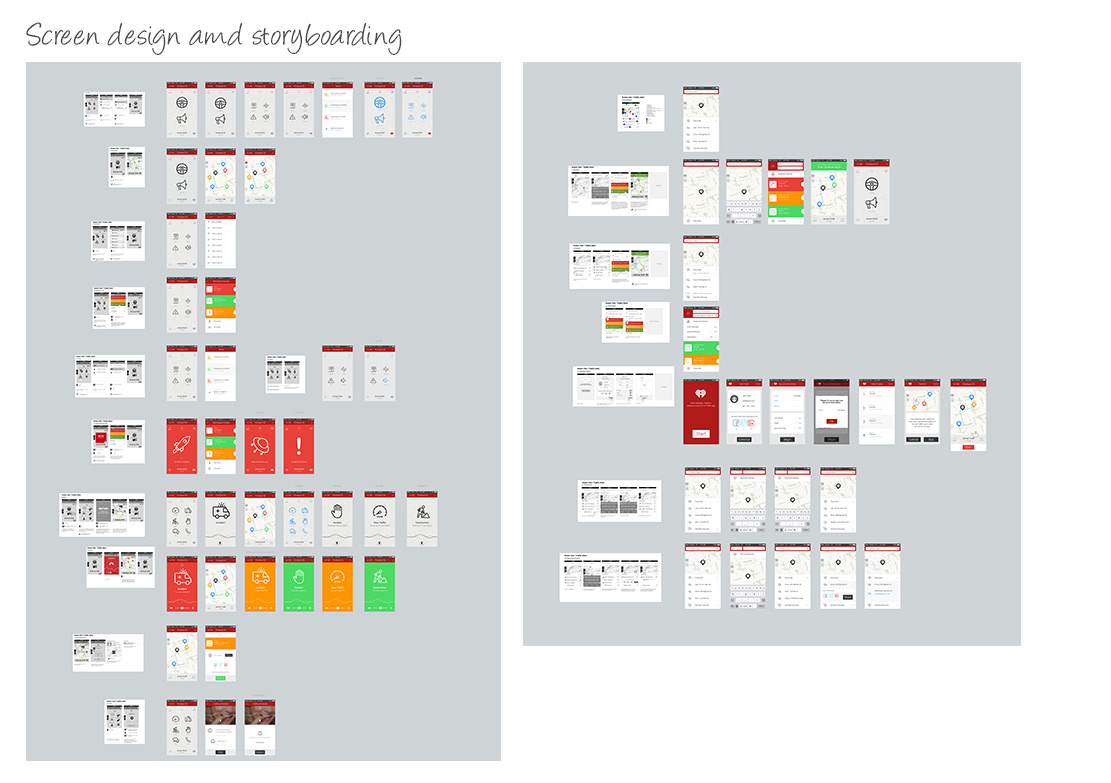 The above snapshot shows the number of flows and storyboard; I’ve created for this app, including UI elements. We took every path a user will take on the journey when using this app.

Previous Project Next Project
All Projects